It was in the early 1990’s that the organisation was founded by Mr Steve Nichols, after many years of studying the behaviour of parrots and realising that there was little education to be found on these spectacular creatures. 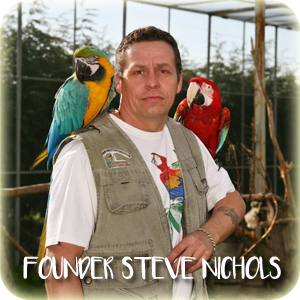 Steve founded the organisation with a view to initially helping parrot owners residing in and around his local town of Sheffield. However telephone calls from the Sheffield area soon grew and it wasn’t long before it turned into a national call centre, assisting people and their parrots from all over the globe.

Unfortunately though through possible risk of introducing any infection into such places meant that Steve wasn’t able to continue this valuable service; very much to the disappointment of all those involved and the birds too, who just loved visiting the children.

After viewing over 150 potential sites and travelling nearly 10,000 miles he finally located a site situated in Lincolnshire. It was a flat piece of land measuring approximately 1 acre with not one plant on it, but was a perfect blank canvas to design the centre; that was 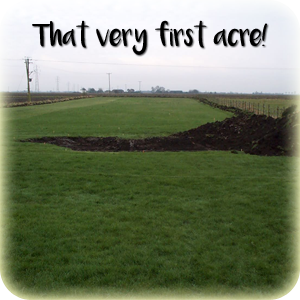 to become The National Parrot Sanctuary.

As you browse through our website you will see that we have grown and flourished into the UK’s largest collection of Parrots, covering over 100 different species. We have also dedicated our time to looking after many mammals and reptiles, priding ourselves on offering sanctuary to any bird or animal that needs a new home. This has taken us from Meerkats, Lemurs and Kookaburra’s to Otters, Tapir, Tortoises and even one of the most endangered species in the world; Bengal Tigers.

There are no plans of slowing down either, with many species of animal needing retirement homes, sanctuary and a more natural setting; the charity aims to help as many of them as possible. With a dedicated team of trained keepers, professors and conservationists from Lincoln University, the charity have an abundance of knowledge to be able to offer the highest quality environment for an array of wild and endangered species.